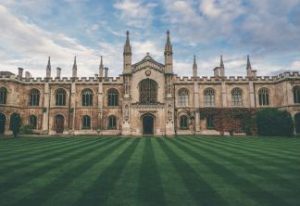 Dario Martinelli: “I cannot imagine that after merging Cambridge and Oxford only the name of one of them survived”

“When two universities of similar, or even equal importance merge, and they get one of the two parties’ name, I would think that people automatically assume that the one that got the name “absorbed” the other”, says professor Dario Martinelli, Director at KTU International Semiotics Institute.

The semiotician says that he has concrete proposals for the title of the new unified Kaunas university and is stressing the responsibility when choosing a name.

“Universities are changing, even in structural terms, therefore a question of how to better “sell” yourself: focusing on tradition or innovation is natural”, says Martinelli.

What is it in a name, why some people cling to the title of their institution refusing even to think about changing it?

Well, it’s a difficult question, but I’ll try to give you my opinion on it. My take is that a university name is the primary source of its identity. Identity is normally conveyed through values: when you choose a name for an institution you want to make sure that it conveys 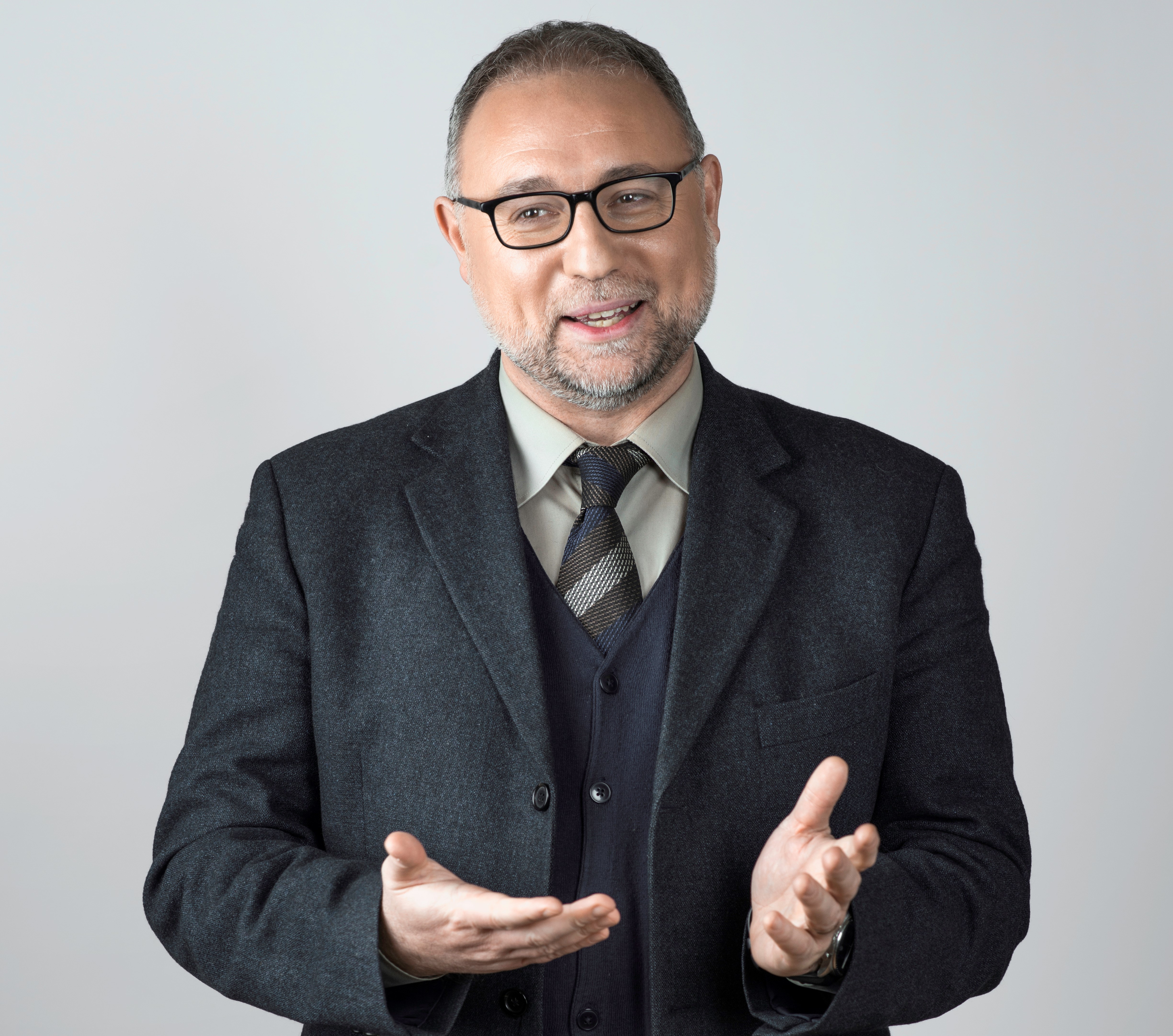 both the values it stands for, and the values you want people to associate it with.

Values, in a university’s case, can be many: its history, its field of specialization (if a case exists for that), its attachment to a certain territory (city, country, region…) and others. Once the name is chosen, you hope that people will associate the institution with authoritativeness, tradition, trustworthyness, competence… all the reasons why you may want to attend that university, and not another. If the process is successful, then people see that name as the main embodiment of those values: exactly because these are values that have to do with history and continuity (authoritativeness, tradition, etc.) a change can be traumatic, as it looks like a betrayal. How can I trust that this university has a long tradition if it can’t even keep its own name?

Some products are best sold if you promote tradition, some others if you promote innovation. We are living a transitional period in which universities are changing a lot, in structure and dynamics, so changing a logo, changing a name, changing an institutional status (for instance, the words “faculty” and “department” are going a bit out of fashion, and words like “school” and “institute” are becoming trendier): so, some people are questioning whether they are best “sold” through innovation, while others still believe that tradition gives more strength.

What are common reactions of a community and the general society when after the merger the whole entity is taking the name of one of the institutions?

I guess it all depends on the situation. When two universities of similar, or even equal, importance merge and they get one of the two parties’ name, I would think that people automatically assume that the one that got the name was more important, or was anyway “the winner” in this decision. Moreover, it could also be that the general opinion, in such case, would not be that the two institutions merged, rather than the one that got the name “acquired”/”absorbed” the other.

The problem here is that in some cases this may be an obvious choice, in others it may be not. I may imagine Cambridge merging with a smaller, less prestigious university, and still be called “Cambridge”. But if Cambridge merged with Oxford, I could not imagine one of the two getting the name – I’d rather see it called “Cambridge-Oxford” (in rigorous alphabetical order).

What about the case when a new name is coined for the merged institution?

When a neutral name is decided, people may get different feelings, and in this case the choice of the name should be very accurate. It is generally a good decision to simply join the two names, when that is possible. Recently, in France, the Universities of Aix-en-Provence and Marseille merged, and sure enough the name is now “University of Aix-Marseille”. In that case it works, and I think people get a general idea of a stronger, bigger unit.

However, if, say, MIT and Harvard decided to merge, I wouldn’t see a chance that the resulting name would be “Massachusetts Institute of Technology and Harvard University”: it would take longer to read the name than to get a BA there! And I would also pay attention to excessive use of acronyms, unless they are constructed smartly. Keeping up the same example, I would not go for “MIT-HU” either, because it looks more like a license plate than an academic institution. Acronyms should be either short, or should form a new word, so that they are easier to remember and pronounce. Our institute is called ISI, and it is short enough for people to always pronounce it by initials: ai, es, ai (I HOPE YOU CAN CONVEY IT IN LITHUANIAN). Our yearly congress, however, is a 4-letter acronym, and we made sure that it would form a “word”: it is ICoN (International Congress of Numanities), and sure enough people always pronounce “Icon”, not “ai, see, ou, en”.

So, in cases like this, it is useful to find a third name, that will not quote the merging parties, but may still give a sense of strength and unity. For instance: “United University of Massachusetts” – or something of that sort.

Maybe you are informed: what is the tradition of university titles in Europe/America?

What one puts in a name is generally 2-3 items of information that people should be able to recognize and remember. In general, these are the items that one finds more often (not always together, of course): the type of institution (university, college, academy, institute…); its specialization (university “of technology”, academy “of fine arts”, college “of music”…); a reference to a place (“Kaunas” University of Technology, “Lithuanian” Academy of Music and Theatre…); a reference to people or history (“Vytautas Magnus” University, “King’s” College, University of Paris-“Sorbonne”…); and – less often – some characteristic or function that seems to be particularly relevant (“International” Semiotics Institute; “State” University of New York…). This tends to happen more or less everywhere.

What is important in choosing a name for a university: should it mention the city/famous people of the region/profile of a university?

I think the question is best answered if we investigate on “why” certain names are chosen, more than “what” is chosen. And that depends on many factors, not all related to the institution itself, but rather to the soft power that was acquired in years of history of all the variables at play (and by consequence the “values” we were mentioning before).

Let’s start from the institution itself. Cambridge, Oxford, Harvard, Princeton… here are a few names that most people know ONLY BECAUSE of important universities/schools that are there. I’m almost 100% sure that most people will say “university” if we ask them what first comes to their mind at the word “Cambridge”, or any of the others. These are the places that have soft power because of their universities, and it makes a lot of sense to name them that way. If someone started a small center of – say – literary studies in Cambridge, I would not be surprised if they called themselves “The Cambridge Center for Literary Studies”. I think there is an immediate “authoritativeness” to a name like this, and people will think there is a long tradition behind that center, even if it was born last week. Another variable is the city, regardless of the quality and reputation of its academic institutions. By now, all the universities in Roma, including “La Sapienza”, perform pretty poorly in university rankings. Yet, to say “I study in Roma” has still a nice ring to it, and paradoxically it sounds nicer to the general public than “I study in Aarhus” – even though Aarhus University is rated much higher than any of the Roman ones (but the general public does not necessarily know, or care). So, some places work well as “places”, because they are well known, and because – perhaps – they are already perceived as “places of culture and knowledge”, due to their history.

Next, there are names/historical factors, and that can be a tricky issue, because one may lapse into less credibility. For instance, too famous names that are not local in the given university sound suspicious. If we have something like “The Albert Einstein University of Kabul”, I think people get the impression that this place is trying too hard to impress. Another problem is the target: if you use a name or event that is known only locally, you are probably expecting mostly a local impact – but then again: reputation can change the picture totally. I don’t know how many are aware that “Sorbonne” is the name of a building. It is a very local thing, and that building, albeit beautiful, doesn’t have the same fame as Eiffel Tower or Louvre Museum. Yet, the university got so prestigious that everybody knows the word “Sorbonne” and associates it to an important university.

Finally, one cannot use just “any famous name”, or “any famous event”: it must be contextualized historically. There’s plenty of good reasons for so many British institutions to be called “King’s College” of this, “Queen’s University” of that, because royalty is still on, and most of all it has still a relevant place in people’s perception.

In Italy, that would work less, not only because Italy has been a Republic for over 70 years now, but also because Italian royalty was guilty of collaborating with Fascism, and contributed to part of the horrors of WWII. I do not imagine that a “Vittorio Emanuele III University” in Italy would really work.

From all what you said, I assume that you are not a fan of “absorbing” titles, and would rather advise a new title for a new, merged institution?

Yes, I would be in favour of rebranding a possible unified university of Kaunas, and I have a specific opinion on how this should happen. Dear rectors of Kaunas institutions, I’m available for semiotic consultations, if needed – call during working hours, refrain wasters.