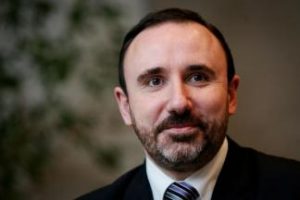 28 May, during ICoN 2015 (the 2nd international congress of Numanities) organised by Kaunas University of Technology International Semiotics Institute a special guest Arūnas Gelūnas, representing UNESCO delegation of the Republic of Lithuania, delivered a speech about culture in a global context.

“There are different roles of culture: countries like Japan, Italy or France do not need to be convinced to protect their cultural heritage, while other countries don’t give such an importance to it”,claims UNESCO ambassador of Lithuania Arūnas Gelūnas.

Culture Is a Tool for Political Purposes

However, culture is not always a symbol of freedom and peace, often it becomes an instrument of propaganda for politicians. This statement was illustrated by a number of events in the past. Successful example of culture diplomacy – 2014 France’s celebration of the rememberance  of the beginning of World War I, where two famous, well ranked Russian opera celebrities performed. The title of the program was “World War and Peace”. Such a programme offered a perfect image of Russian culture, but at the very same time there were Russian soldiers and tanks in East Ukraine. According to Gelūnas, it is an example of soft power and not always this kind of power works out productevily.

For example, at the European Union award ceremony of the prestigious title of the art for peace, famous and great Russian pianist Denis Matsuev performed. However, before the event he signed a letter for Vladimir Putin supporting his actions in Ukraine. Because of this, during the ceremony not a single EU ambassador attended, including Lithuanian ambassador Gelūnas.

UNESCO Is Not an Armed Force

In 2014, Contemporary Art Center “Izoliacija” (eng. “Isolation”) in Donetsk, Easter Ukraine was occupied by separatists. France published an article about this event, however EU ambassadors remained completely silent. Gelūnas gave more examples of cases when cultural objects were destroyed or used for confrontation and military purposes, such as destruction of Christian Monasteries in Iraq.

“UNESCO doesn’t have an army”, said Gelūnas. “The only thing they can do is to make the destruction heard and known worldwide.”

Peek inside KTU campus with the new virtual tour

Women’s political empowerment: All that glitters is not gold

3 months ago
We are using cookies to provide statistics that help us give you the best experience of our site. You can find out more or switch them off if you prefer. However, by continuing to use the site without changing settings, you are agreeing to our use of cookies.
Sutinku