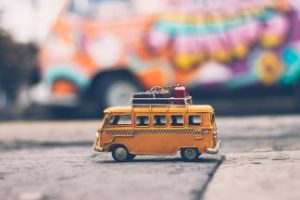 Research shows that Refugee Image in Lithuanian, British and US Press Is Mainly Negative

Surge, wave, tsunami, flood – images related to water are the most common when talking about refugees in Lithuanian, UK and US media. Also, refugees are often associated with a disease – headache, fever or cancer, a heavy load or a weapon. Although British media uses the most neutral metaphors related to refugees, no positive images were detected in either of the countries’ media analysed.

Ieva Senkutė, Kaunas University of Technology (KTU) graduate and a professional translator made such a conclusion after researching more than 200 articles publicised in Lithuanian, American and British online media. For the work, which was her bachelor’s studies project, Ieva received an award from Lithuanian Academy of Science.

“Through conceptual metaphors journalists express their attitude towards refugees and in such a way shape public’s understanding of the phenomenon. It is strange and somewhat disappointing that no metaphors having positive connotations were detected”, says Ieva.

Her research shows that British media is the most neutral, whereas Americans often tend to depict refugees as a threat of terrorism: “These findings were not very surprising – British are famous for their manners, therefore the metaphors used in the UK’s media are the least aggressive. On the other hand, Americans are constantly fearing terrorism and refugees are considered a threat to their country’s security”.

Water Imagery Is the Most Common

“Southern Europe is experiencing the surge of refugees…”, “The flow of refugees in Lithuania would influence…”, “Tsunami of hundred thousands of refugees is a fact…” – these and similar quotes were found on main Lithuanian news pages (the articles researched were publicised on 15min.lt, delfi.lt and vz.lt) writing on refugee situation in Europe.

The most common image associated with refugees is water – it can be detected in media of the UK, the US and Lithuania. Depiction of refugees as of a load (“We share the load, its size – 1 105 refugees”, – vz.lt) is also popular in all the media researched.

Also, refugee crisis in the analysed three countries’ media is often associated with phenomena of animal kingdom: caravan, elephant in a room, pheasants laying eggs, etc. The need to tame it is often expressed, as it often causes unfavourable health conditions, such as headache and even cancer. Naturally, all these definitions are being used as metaphors – images, which assist in understanding of the information.

Refugees’ Images in American Media Are the Most Aggressive

“Conceptual metaphors, which can be defined as structures of thinking, can reveal a lot of information about thought patterns and culture of the country the metaphors derive from”, says the author of the research Senkutė.

According to her, from the very beginning it was clear that the results will be different in different country’s medias: in Lithuanian the word pabėgėlis (Eng. refugee) means a person running away, trying to escape the problems, a deserter, which is different from the connotations the word refugee has.

In the US media refugees and the crisis caused by them tend to be depicted the most aggressively, when comparing with Lithuanian and British press.

For example, the image of rattlesnakes, even if quoted in a politician’s speech, has been mentioned in nytimes.com; on the same page the metaphor where refugees are being described as “an urgent and seemingly metastasizing threat” can be found.

Only in the UK media the metaphor of a guest (usually – unwanted) was detected, and the market-related terms, such as a deal or a share were used to describe the situation connected to refugees: “Scotland itself has so far agreed to take more than its fair share of refugees” (theguardian.com), “Yet, while ministers lay down the welcome mat to a net 330,000 arrivals” (dailymail.co.uk).

Lithuanian media articles writing about refugees also mention intellectual metaphors, such as a riddle or a task to be solved. Some metaphors, associated with family or home (“adopting”, “homeless”) were also observed.

The young researcher Ieva Senkutė admits she was expecting more negative outcomes from Lithuanian media analysis. However, the research revealed that although the metaphors have negative connotations, the images they bring to mind are not very aggressive.