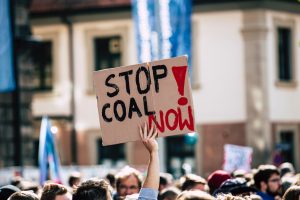 Last Sunday of October, the 197 parties to the United Nations Framework Convention on Climate Change descended on Glasgow, Scotland, for a 2-weeks negotiation marathon on the future of global climate policy. These crucial “it’s now or never”-moments happen with alarming regularity – once a year, in fact, at every meeting of the so-called Conference of the Parties, or COP. We may even have been hearing the “it’s now or never” so often as to become numb: same procedure as every year, to quote a New Year’s Eve sketch popular in many European countries.

We are constantly hearing so much on the climate emergency, on Greta Thunberg, on climate change-induced extreme weather events, or on the rapidly closing time window for global decarbonization, that yet another crucial, planet-saving diplomatic meeting is sure getting tedious. If everything is always of fundamental importance, nothing really is.

But the truth is that this time, it really matters, although not necessarily for reasons that are obvious: The Glasgow climate conference is a crucial test of whether the experimental approach which governments chose under the 2015 Paris climate agreement is effective for resolving a problem with a rapidly closing time window, or whether it is not. The scientific consensus is that an increase of global average surface temperatures greater than 1.5 degree Celsius until the end of the 21st century, compared to the pre-industrial period of, roughly, the middle of the 19th century, will lead to unacceptable and partially uncontrollable environmental risks.

Previous attempts at international cooperation on the reduction of greenhouse gas emissions, under the Framework Convention’s Kyoto Protocol, had not been successful in bringing the world onto an emissions trajectory compatible with 1.5C. A major reason was that the Kyoto Protocol divided the world into “industrialized” and “developing” countries – whereas the former would have binding, quantified and enforceable emissions targets, the latter would only contribute on a voluntary basis. This model might have been appropriate during the negotiations on the Kyoto Protocol in the early 1990s. In the contemporary world, where countries like China, India, Brazil and others outperform traditional “industrialized” countries on a variety of metrics, it is difficult to maintain.

The Paris Agreement changed all that by requiring all countries to submit their nationally-determined emissions targets, thus making it the first truly global climate agreement in history. Unlike under the Kyoto Protocol, governments would unilaterally determine their targets, timetables and accounting methodologies in order to collectively make attempts to limit global warming to 1.5C. From the beginning, everybody understood it would not be enough: taken together, the Nationally-Determined Contributions (NDCs) of the parties would end up amounting to something in the range of 2.7C or more of global warming – catastrophic climate change, in other words.

The design of the Paris Agreement attempts to account for this: small steps towards a big dream. Over 5-year cycles, parties would successively increase the ambitiousness of their NDCs. Whereas the collective goals of 2015 would translate into 2.7C of global warming, the subsequent tightening of the NDCs would lead to a global pathway more in line with 1.5C.

In Glasgow, the next 5-year cycle is supposed to begin, raising the question which additional contributions parties will put on the table in order to close the gap towards an emissions pathway that offers a fighting chance at 1.5C. This treaty mechanism has always been a gamble: unlike the Kyoto Protocol, the Paris Agreement foregoes international targets backed by stringent monitoring and enforcement, instead placing its money on voluntary contributions that, due to societal pressure, will become more and more ambitious over time, thus increasingly moving us towards the “safe zone” of 1.5C global warming. In other words: A self-reinforcing ambition spiral driven by public scrutiny.

Is there space for creative solutions in global climate politics?

Does the Paris approach work? Nobody knows – because nobody has tried it before. To some extent, this also makes the Glasgow conference a test case in treaty design. Maybe Glasgow will end up demonstrating that institutional innovation can help us overcome existential global challenges.

Or maybe the lesson will be that governments will sign anything that allows them to temporarily evade accountability for the planetary harm which they cause through the burning of fossil fuels and by their failure to regulate other sources of greenhouse gas emissions, such as agriculture, transportation or certain heavy industries. In that sense, it’s not just about saving the world: it’s also about testing whether new and fresh ways of thinking are able to overcome old and deep-seated problems of international cooperation.