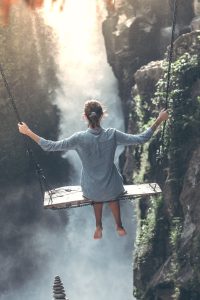 Women’s political empowerment: All that glitters is not gold

Women empowerment especially women’s political participation is still a contested issue in many parts of the world.

This can be evident from the context of various nations, such as India where it was only Indira Gandhi who became the Prime Minister or Lithuania with Dalia Grybauskaitė as the only woman President. Although it might seem that only developing countries are prone to this issue, the other parts of the world are not immune to it. The only exception to this phenomenon is the Scandinavian countries where there is adequate women political participation and many women are employed in leadership positions.

However, since the appointment of Ursula von der Leyen as the President of the European Commission, this scenario is changing. Her appointment can stimulate the process of women political participation and leadership at the European Union on member country level and lead to women empowerment in both the developed and developing countries, also at the international organisations level. As in the process of activism and feminist movements around the world, which led to the women empowerment at the global level especially in the economic and social spheres, the aspect of political empowerment of women is needing time.

Although women’s political empowerment is perceived as the core for all other advancements in any society, it experiences many obstacles in developing nations including India. Owing to deeply integrated cultural, religious and social beliefs about the position of women their participation in politics is still limited. Political empowerment allows females to boost their mobility and crack their isolation, create self-confidence and self-image, create their government presence by taking part in decision-making.

Mahatma Gandhi’s once said that “…as for illiteracy among women, its causes are not mere laziness and inertia as in the case of men. A more potent cause is that status of inferiority with which an immemorial tradition has unjustly branded her. Man has converted her into a domestic drudge and an instrument of his pleasure, instead of regarding her as his helpmate and better half”. By the 1980s researchers and social activists started to highlight the issue of women empowerment and women in politics; consequently, women’s political empowerment became a significant part of social development evaluation. Political participation involves the right to vote, the right to compete, the right to stand for candidacy and their position as women’s campaigners and the members of the legislature.

In order to politically empower women in India, Mahatma Gandhi has advocated a system of decentralizing the administration in villages and local levels. This system later became known as Panchayati Raj Institutions (PRI). The Panchayati Raj system is a three-tier structure based on direct elections at all the three tiers i.e., a village, an intermediate and a district. The implementation of the Panchayati Raj Institutions (PRI) with the 73rd amendment of the Indian constitution in 1992, led to the process of decentralization and also to the largest participation and leadership of women due to the reservation system.

The Panchayati Raj Institutions policy has given women a higher chance to become a candidate in the Local Self-Governance level election and thus increased the possibility of winning. India consists of 29 states and 7 union territories. States such as Andhra Pradesh, Assam, Bihar, Chhattisgarh, Gujarat, Himachal Pradesh, Jharkhand, Karnataka, Kerala, Madhya Pradesh, Maharashtra, Odisha, Tripura and Telangana have 50 per cent reservation for women in their Local self-government offices. However, in Parlament, there is still only 33 per cent seat of reservation for women.

From my experience from the direct observation from districts in Kerala, a women politician can be more successful in implementing various policies for the society than a man. If the president of the panchayat is a woman, the people are more likely to seek for various help. Also, there is a significant decrease in the chance for someone to give a bribe or to ask for a bribe in a women-led panchayat. However, still, there are various factors which influence women’s decision to go into the political sphere in Kerala. First, they need to have huge support from their family, which primarily includes the husband’s and his family support. Second, it is easier for a woman to join in politics if she already has an established politician within her family; she has more chance to become a candidate if she is already known for any kind of organisational leadership. In this case, I would say that the Kerala governments “Kudumbashree” programme was very efficient, leading many thousands of women to be active members and providing a chance later on to become the head of the organization and to participate in the election. In my research fieldwork, I have seen many women who had changed their life from a housewife to leader, they are serving the society as a Panchayat president or a strong leader in the local self-governance.

Challenges to be accepted as equal are still there

However, I have found that to accept women as equal to a man is still a great challenge in Kerala now. For example, in 2018, Kerala state faced huge flooding which eventually caused loss of more than 400 of people with many gone missing. It is natural, that in such disasters the local self-government has to act quickly. Hence, our women representatives also were in the disaster region actively involved in the rescue mission. While I was asking those women leaders about their experience in dealing with such a crisis, they said that they were actively involved in the operation, which required also travelling in the middle of the night together with others. The women leaders reported that sometimes their sons or husbands accompanied them, and this was mainly in order to avoid any misunderstanding in the family life. For me, this was a piece of clear evidence that still now, society is very much limited in its patriarchal mindset.

Apart from other factors, such as low salary, lack of solidarity among women and men elected representatives, lack of support from own political party for higher position, issues in personal life, many women representatives have also pointed out that violence against women in politics is a deliberately ignored fact which discourages women to get involved with politics. New media and social media is very powerful both in boosting someone’s image and in destroying them, and this can happen both on a personal and on a political level. The interference of media technologies can also many times prevent women leaders to express their opinion on social issues and sometimes defame them. Concluding, I would say that India and Lithuania are still far behind in terms of approving equality for women, very specifically in politics and decision making and requires much stronger understanding on electing women to be the policymakers and implementing actors in a democratic nation.

Titty Varghese was born in the south Indian state of Kerala in 1991. She received her BA degree in History from Mahatma Gandhi University in Kerala in 2012 and MSc in Public Policy and Administration from Kaunas University of Technology in Lithuania in 2015.  Presently she is completing her fourth year of PhD studies in Political Sciences at Kaunas University of Technology. Her research interest covers public policy, women’s political empowerment, decision making, local self-governance, third sector and violence against women. She is also the founder and Director of the Women Leadership Network (WLN) at KTU.